October 30th is National Candy Corn Day — well, at least that’s what Alton Brown told me when I saw him on the Food Network last week.  Alton’s alert prompted me to do a little Google search to read up on the holiday and it’s not nationally recognized just yet.  So while it’s not an officially sanctioned holiday, it is a great way to celebrate one of the classic seasonal offerings on the day before everyone goes out to Trick-or-Treat.

In the spirit of Candy Corn Day I’ll be showcasing at few new products as well as looking back at a number of awesome vintage candy corn pieces from Halloweens past.

In recent years candy corn has branched out into other holidays and all manner of flavors but it will always be most closely associated with Halloween.   And since I love Halloween, I can’t help but love candy corn.   If there were any doubt, I’ll point out that this piece of art hangs in my living room: 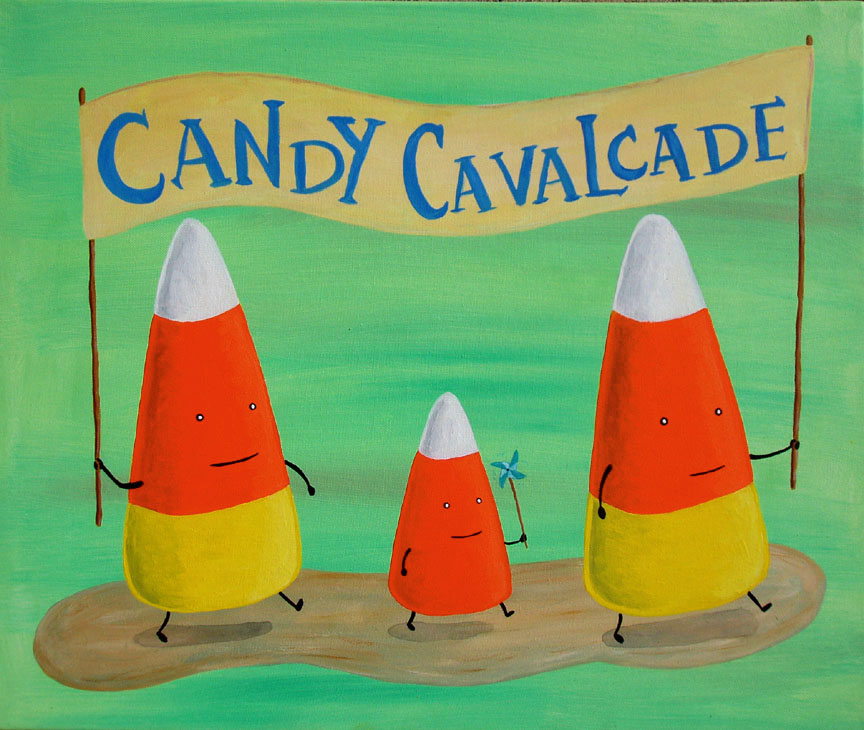 Candy Cavalcade – from The World of Mr. Toast – By Dan Goodsell

First up from the Wrigley company is an unexpected brand extension in the form of Starburst fruit-flavored Candy Corn – here’s the 2 ounce package: 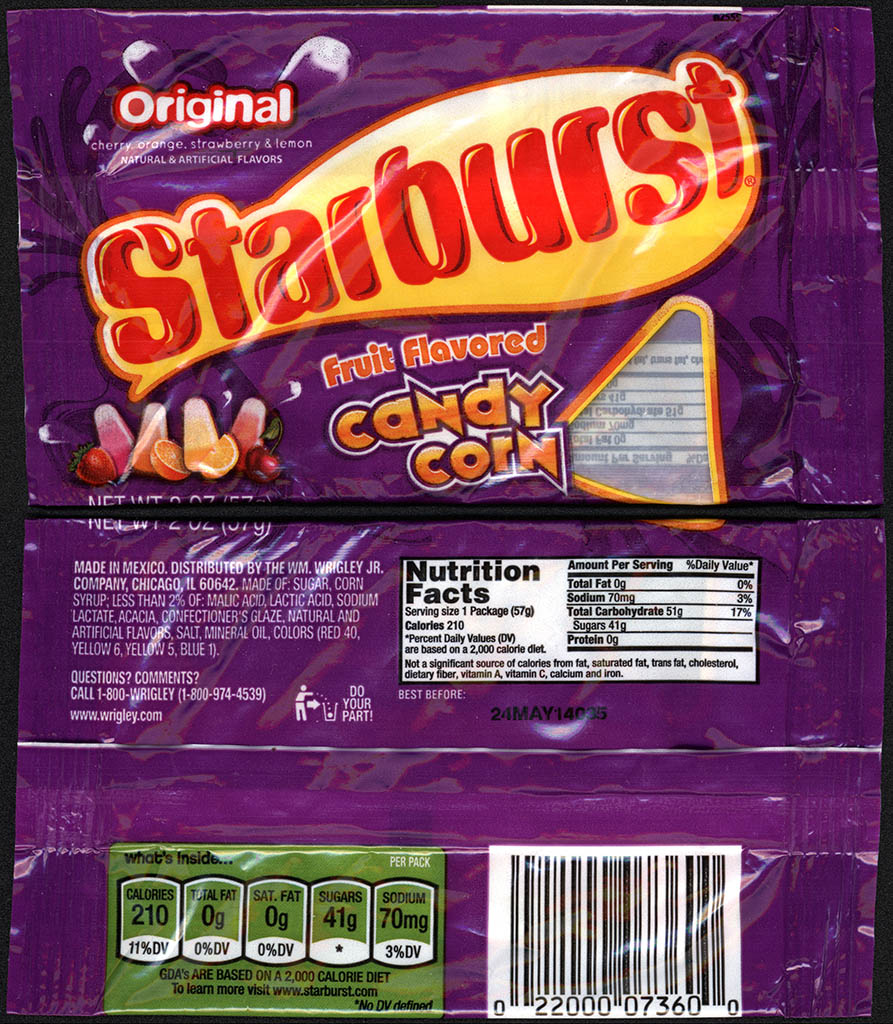 The question I had about Starburst Candy Corn when I first saw them was whether they were candy corn-shaped Starburst candies, or candy corn in Starburst flavors.  It turns out that it is the latter, and I have to say that the mellowcreme candy corn texture with the fruitier flavors of Starburst is a fascinating and enjoyable experience.  I would imagine that these are going to become an annual tradition and that they’ll be returning next year.

Another change in the world of candy corn this year comes from Brach’s.  In recent years Brach’s had become a part of the Farley’s and Sathers company, and in late 2012 Farley’s and Sathers merged with the Ferrara Pan company to form Ferrara Candy.  With that change also came new brand extensions and a line-wide packaging design overhaul.

But before we got to the changes for 2013, I’d like to look back to Brach’s candy corn past with a few of the vintage packages I’ve drawn together.

We’ll start with a pretty extraordinary piece that dates back to the 1950’s.  I was wowed when I uncovered this a few years ago: 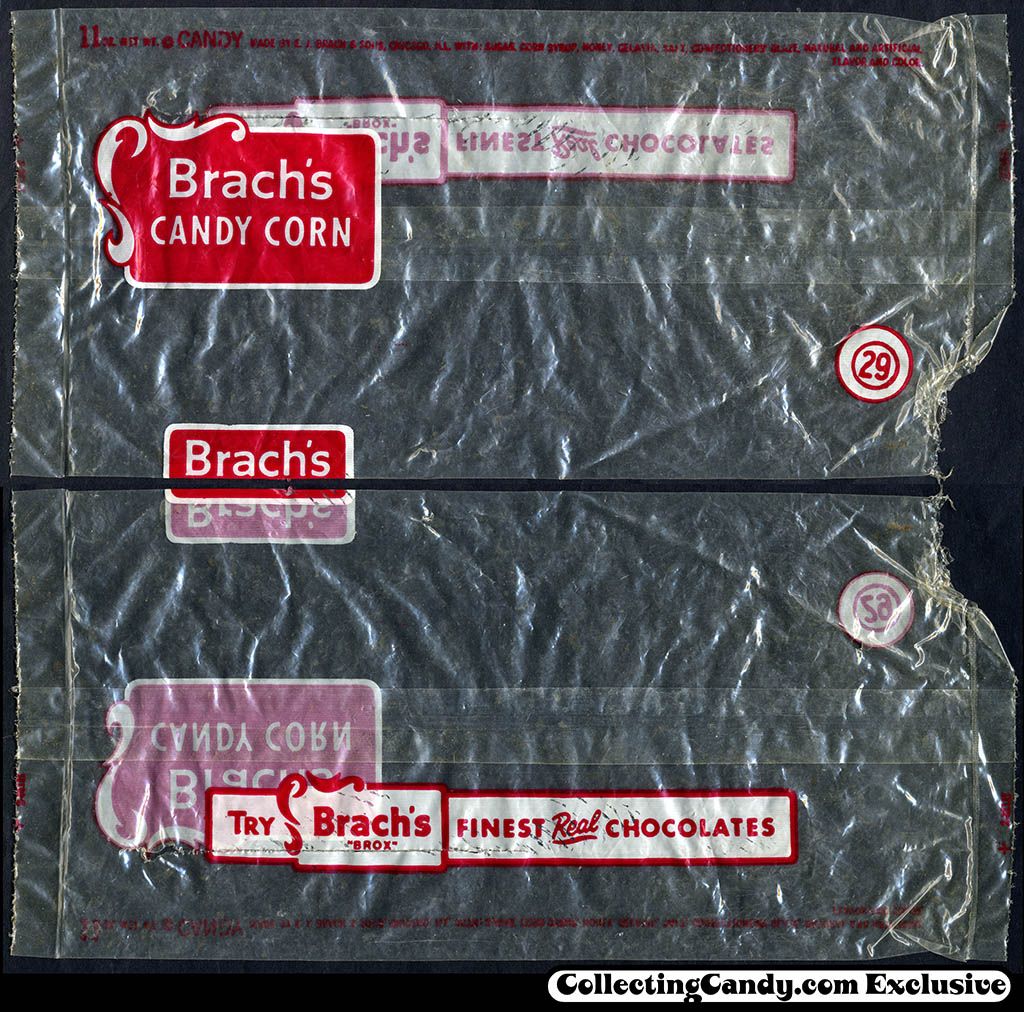 By the mid-1960’s the multi-color Brach’s logo would be introduced, and it’s seen on this 1960’s box for Brach’s Candy Corn: 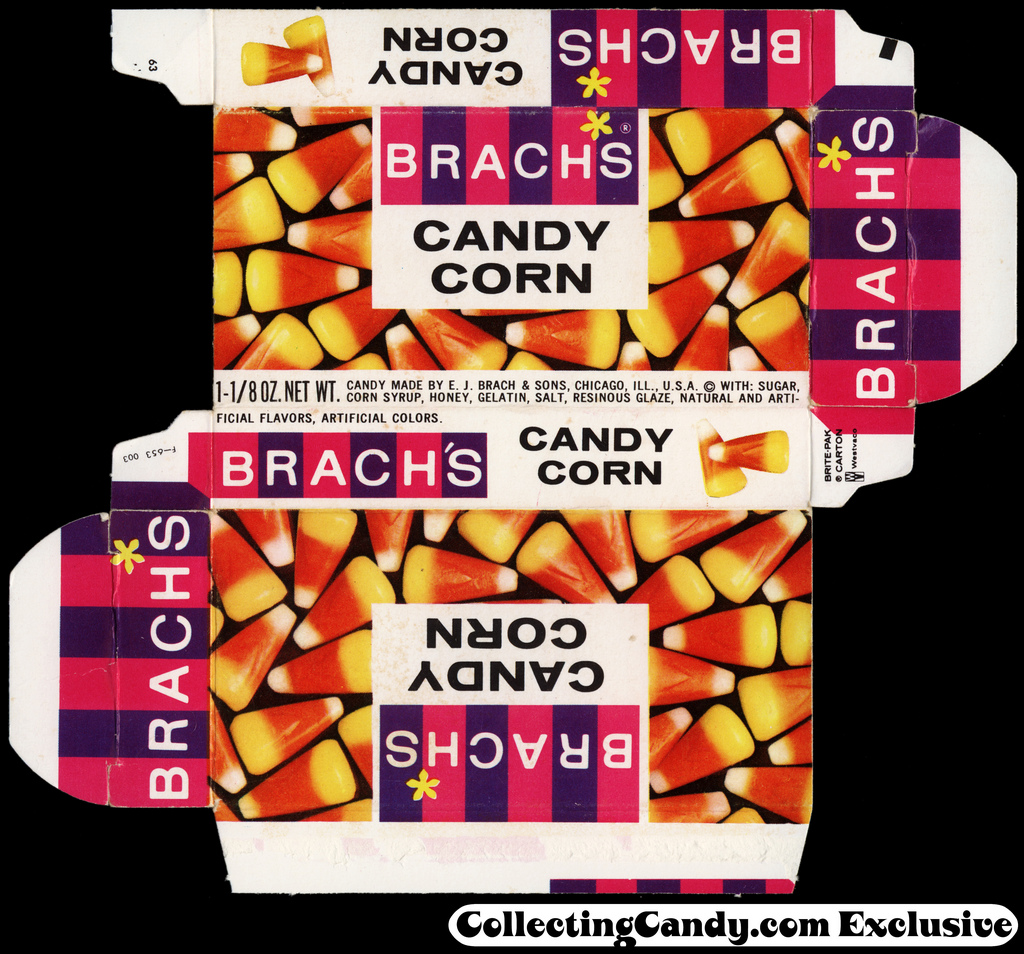 That style of Brach’s logo was pretty popular and it stuck around nearly two more decades as seen on the following 16 ounce candy corn package that dates to the late 1970’s or early 1980’s: 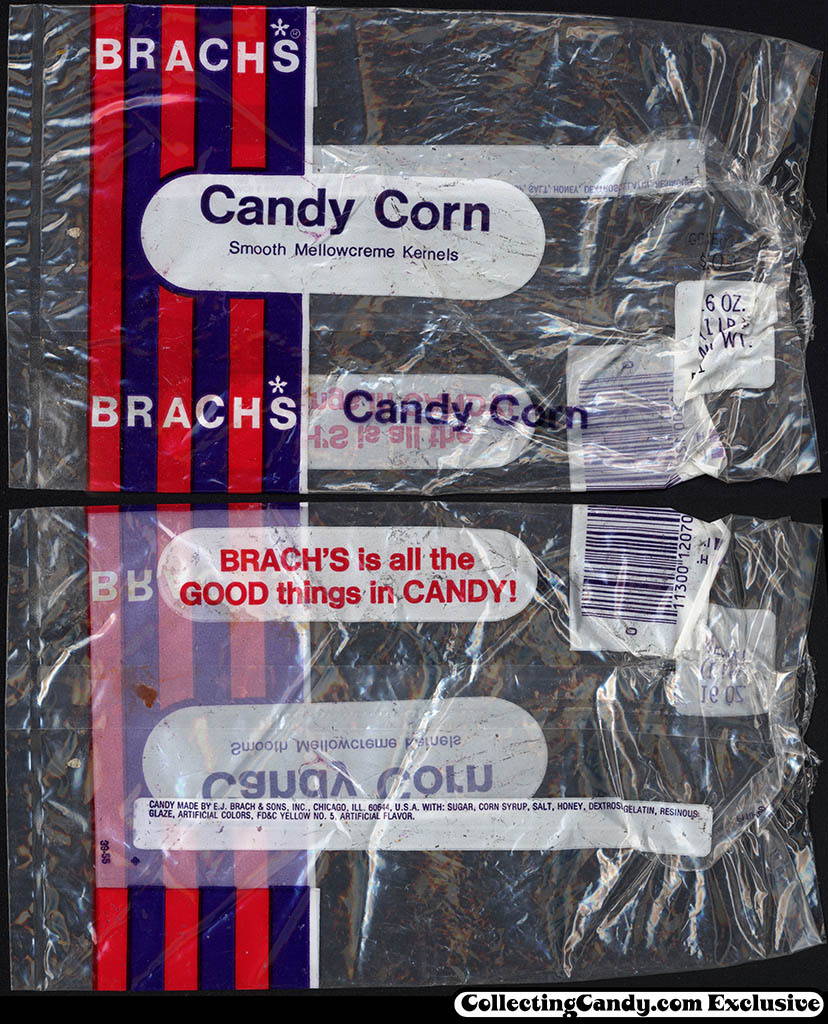 That banded, multi-color Brach’s logo is the one I most associate with my childhood experiences of the brand and certainly the one I can’t detach from my earliest Brach’s Pick-A-Mix memories.

From that package I need to jump forward to 2007 and just after Brach’s was acquired and given new life by Farley’s and Sathers. At that time, their candy corn package featured a window in the shape of a smile: 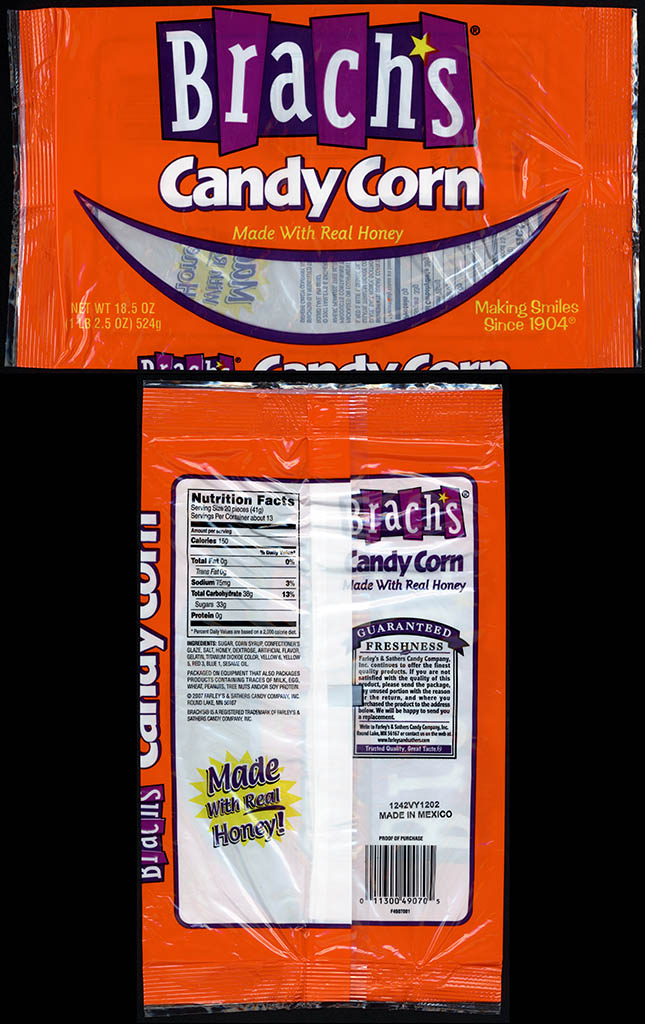 In 2008 Farley’s and Sathers were having some fun with their candy corn, as evidenced by this chocolate-caramel Milk Maid version: 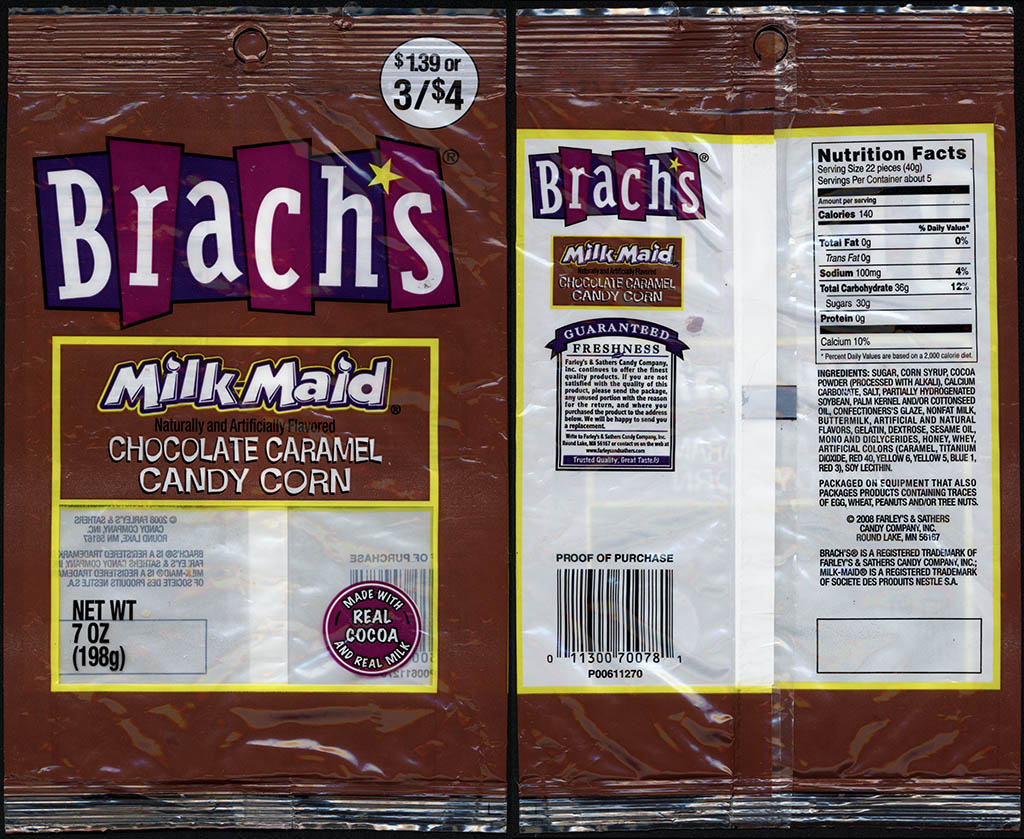 By 2012, Farley’s and Sathers had redesigned the Brach’s logo and introduced a scarecrow mascot to their Halloween/Fall seasonal packaging.  Here he is on a 2012 candy corn box: 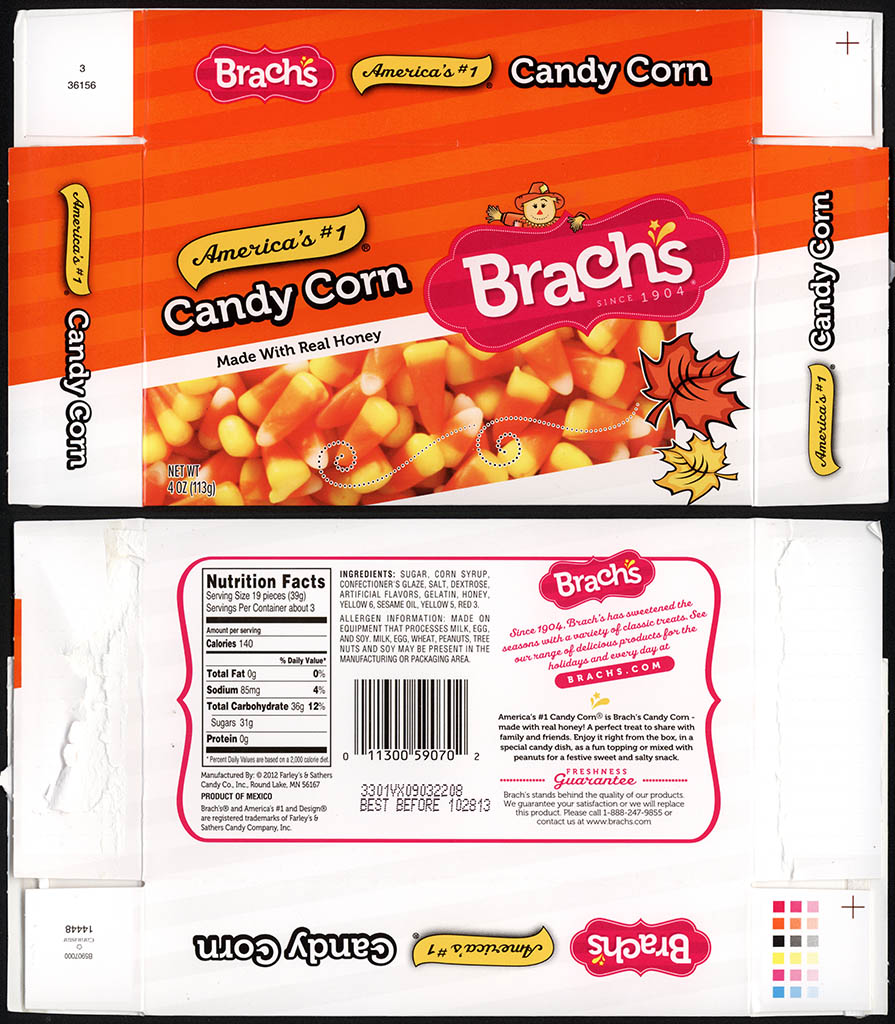 That box was from last year, and as I pointed out at the top of today’s post, this year has been a big one for Brach’s.  One of the changes was a line-wide packaging refresh which meant that Brach’s Candy Corn boxes lost their straw-filled mascot.  With the mascot gone, the new design put emphasis on the virtue of Brach’s using real honey in the candy corn’s manufacture: 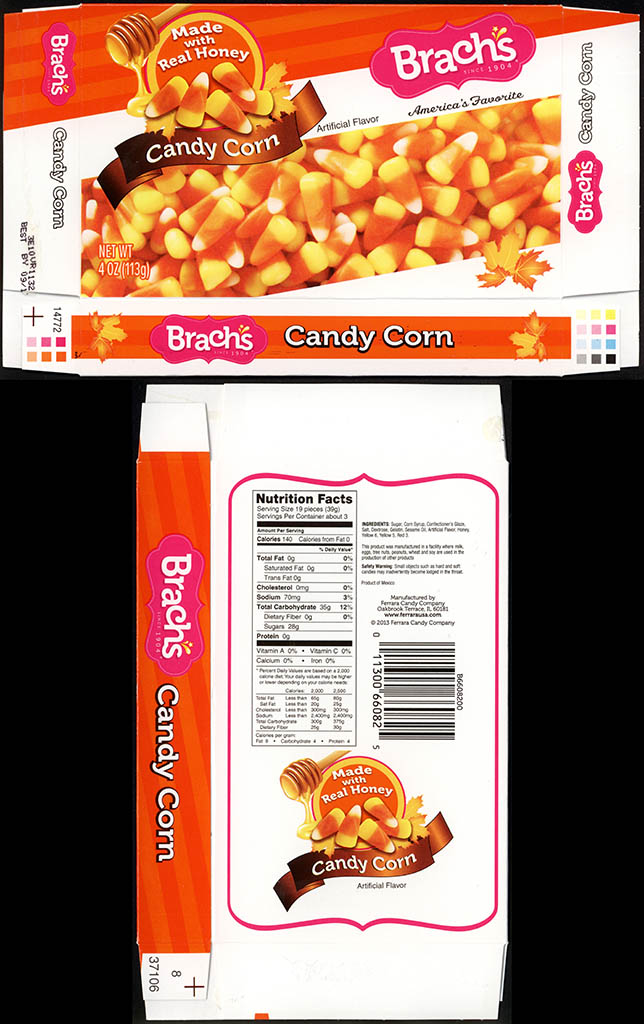 And while these changes may have spelled the retirement of a mascot, they also brought on some fun new candy corn flavors.  Here are the three different Brach’s candy corn packs I found this season: 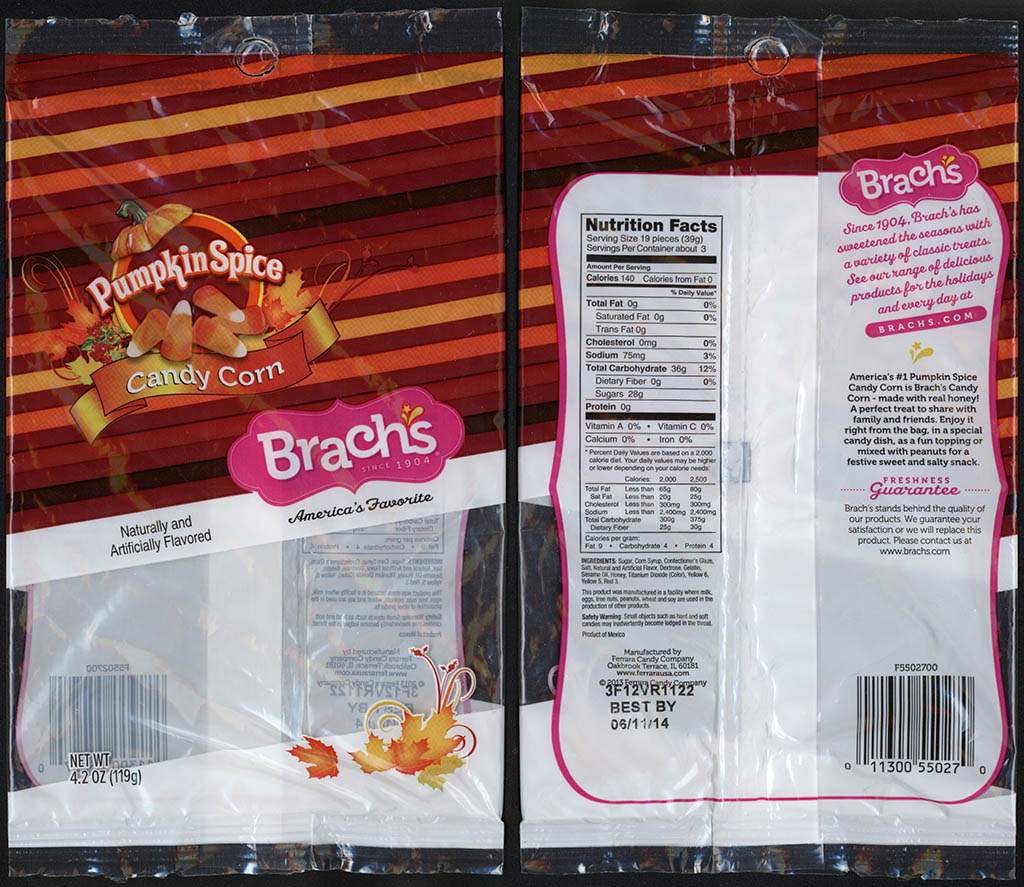 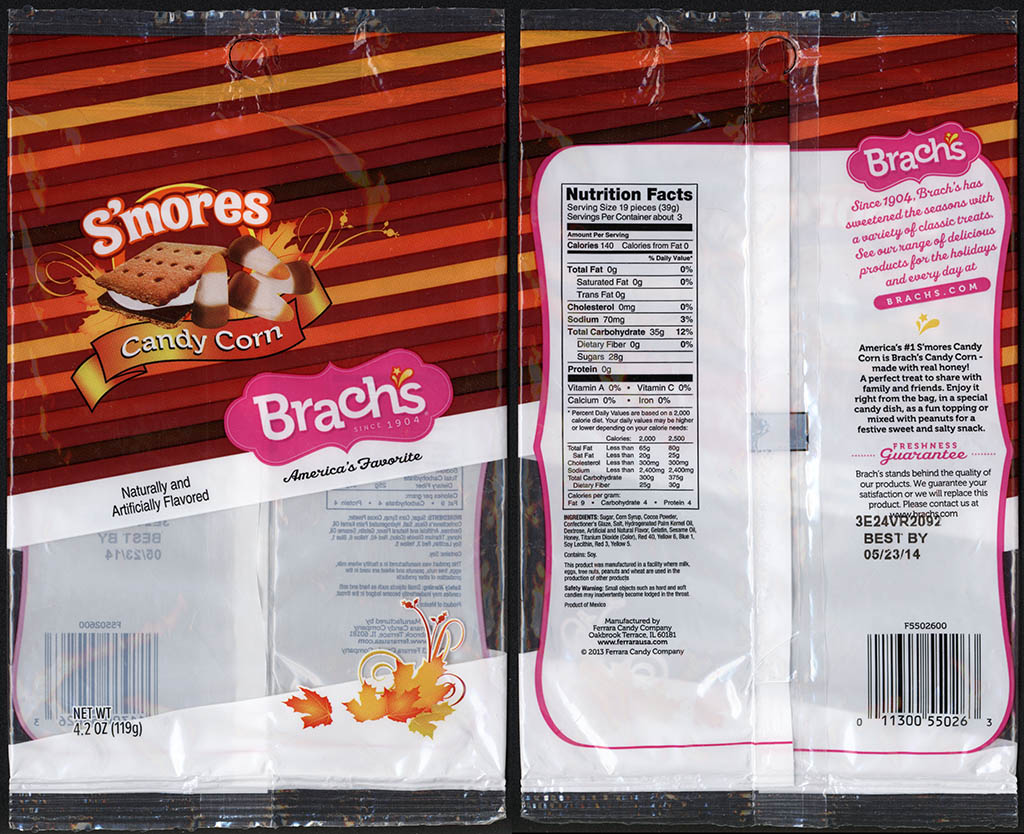 Brach’s even brought out a peanut-and-candy corn mixture this year:

Here’s a scan of the emptied package: 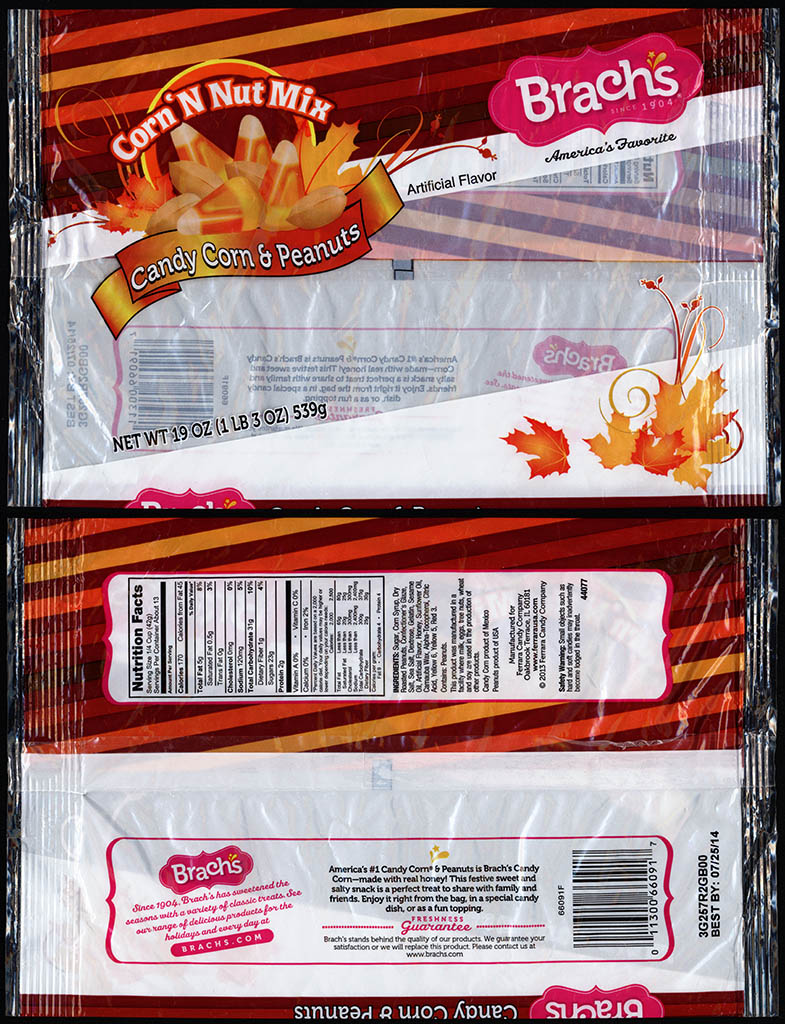 I look forward to the new and creative expansions of Brach’s candy corn brand as it is now part of the larger Ferrara Candy family.

Getting ready for today’s post was a lot of work and a lot of mellowcreme.  I had so much Brach’s candy corn on the brain this week that I even tried my hand at a little candy corn typography.  My takeaway is that I’m not ready to be a confectionery letterer – but I did have fun:

You might notice the Indian candy corn and the mellowcreme pumpkins in that photo.  The fact is, is that I was looking at a bit more than just candy corn this week – I was checking out many forms of mellowcreme candy. 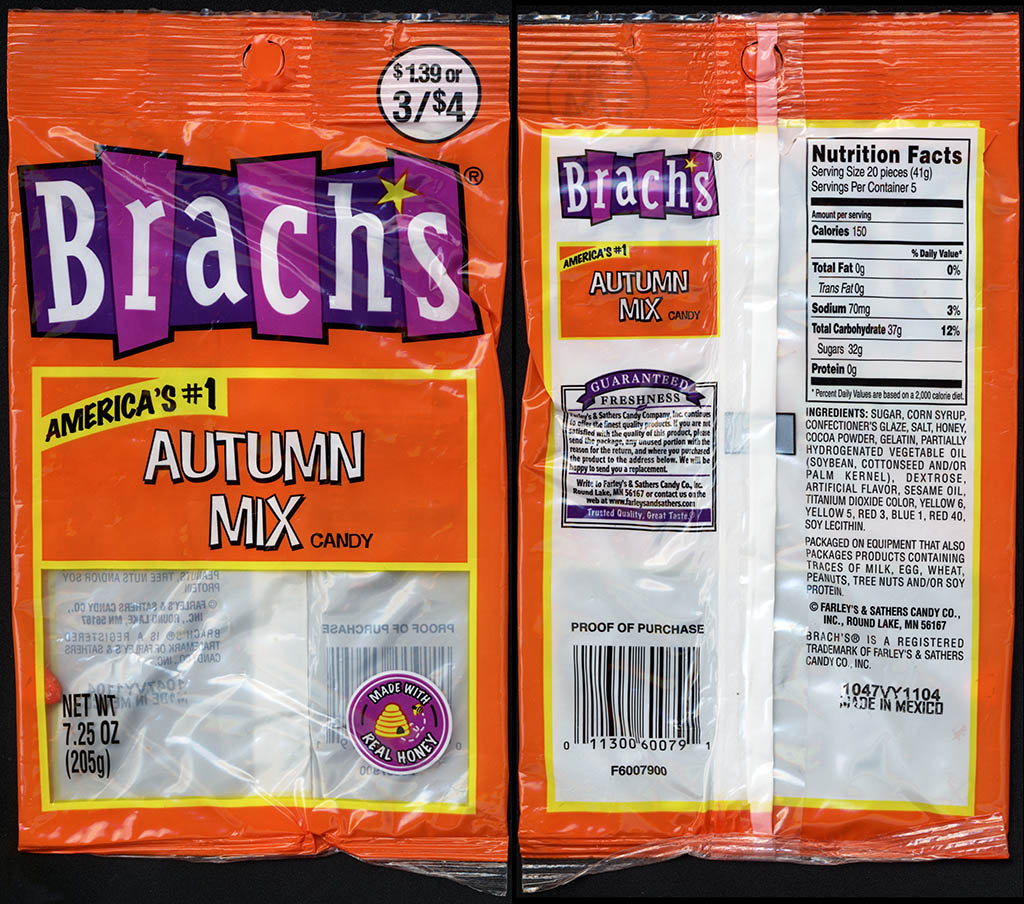 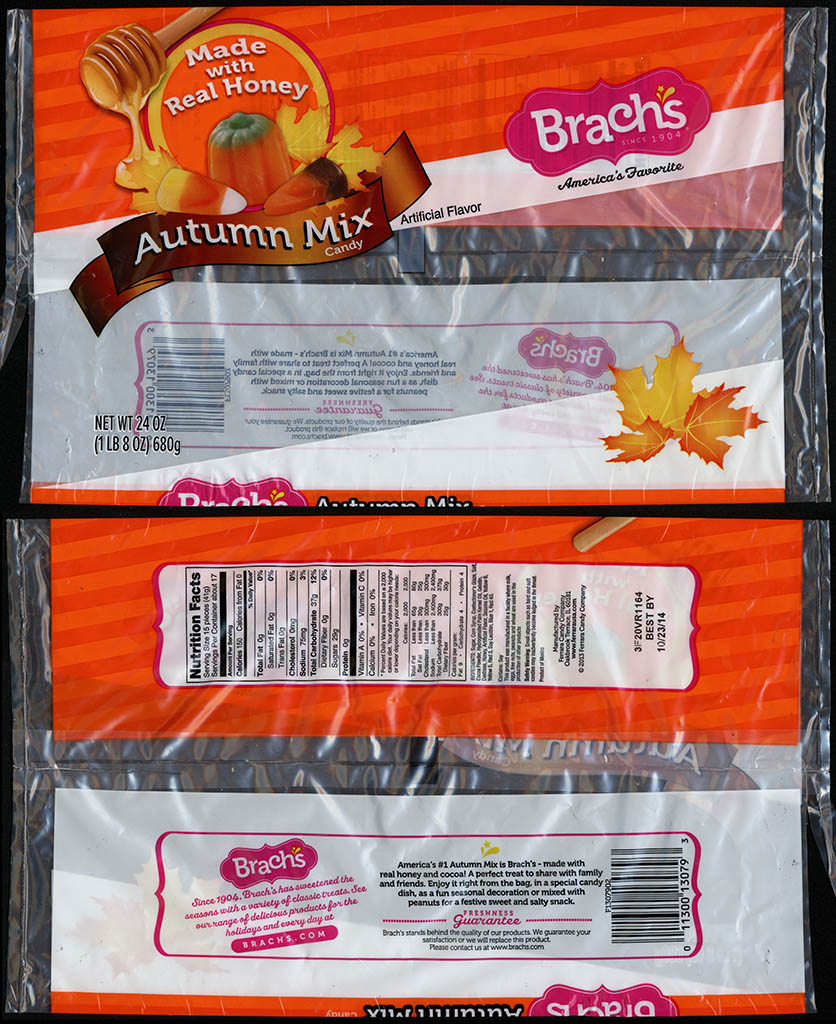 That brings us up-to-date on Brach’s candy corn releases, and normally I’d stop there.  But it IS Candy Corn Day so I wanted to dig a little deeper and share a little more history and variety on the topic.

The origins of candy corn date back to the late 1800’s, but the first company to produce the product commercially was the Goelitz company of Chicago.  I have a pair of vintage Goelitz candy corn packages in my collection and here they are: 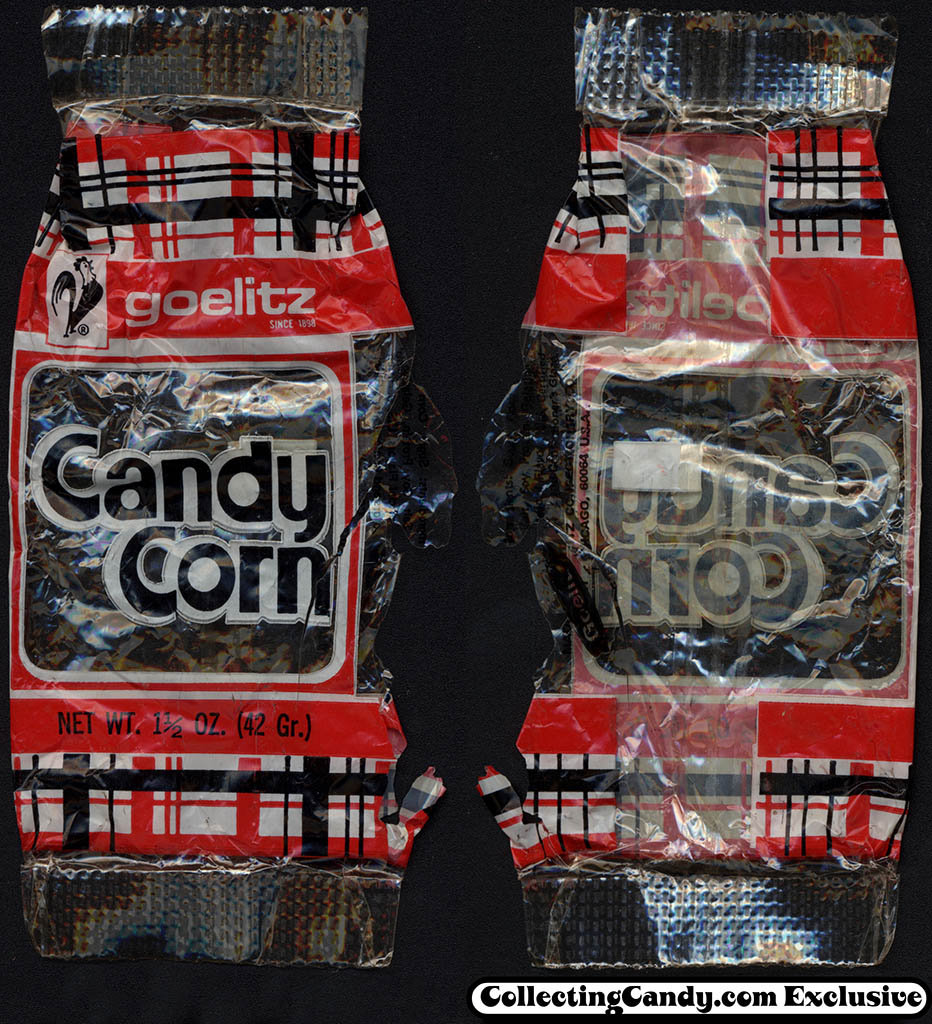 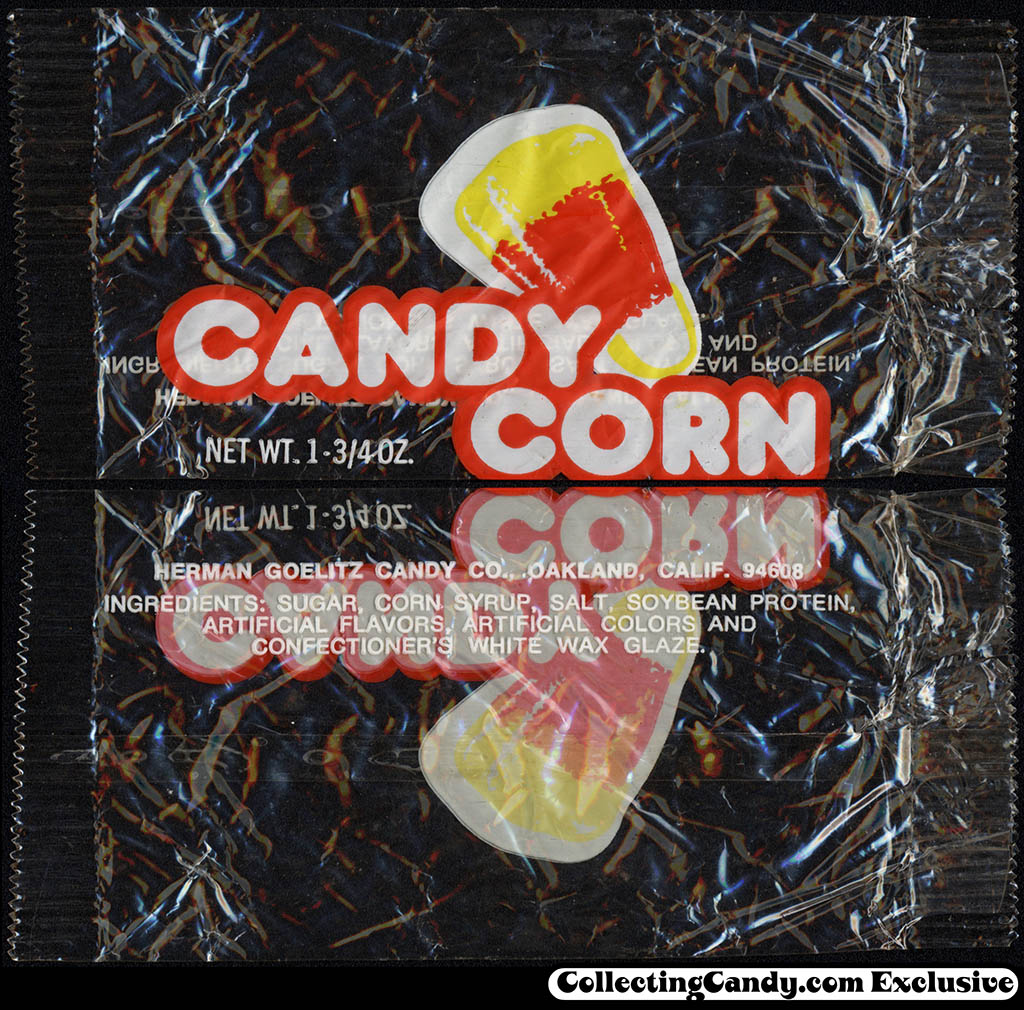 It should be noted that one of those packages is from the Goelitz company of Chicago while the other is from the Herman Goelitz company of California.  They were actually two separate companies helmed by descendants of the original company founder.  They would eventually reunite and go on to be the producers of the Jelly Belly brand.  The complicated history is written up here.

While Goelitz and Brach’s brands of candy corn might be the most famous, as Starburst pointed out this year, they don’t have a corner on the market.  In fact, many companies have produced their own candy corn products over the years.  Beyond that, there has been a trend in in the last decade to infuse the candy corn flavor into other non-mellowcreme treats.

So with that in mind I’d like to close out today’s post with a smattering of candy corn related goodness from my archives: 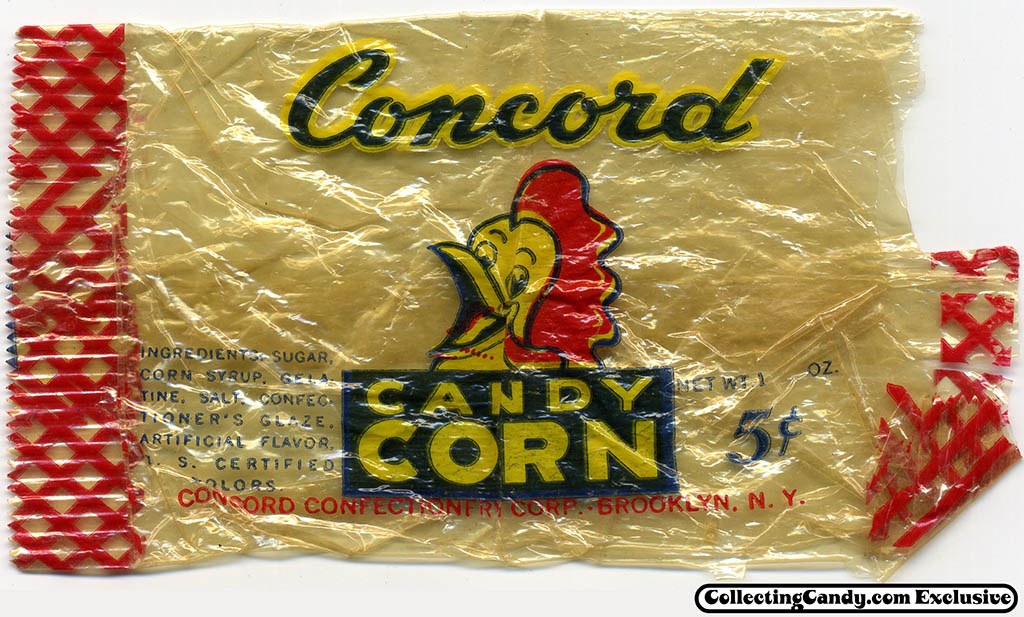 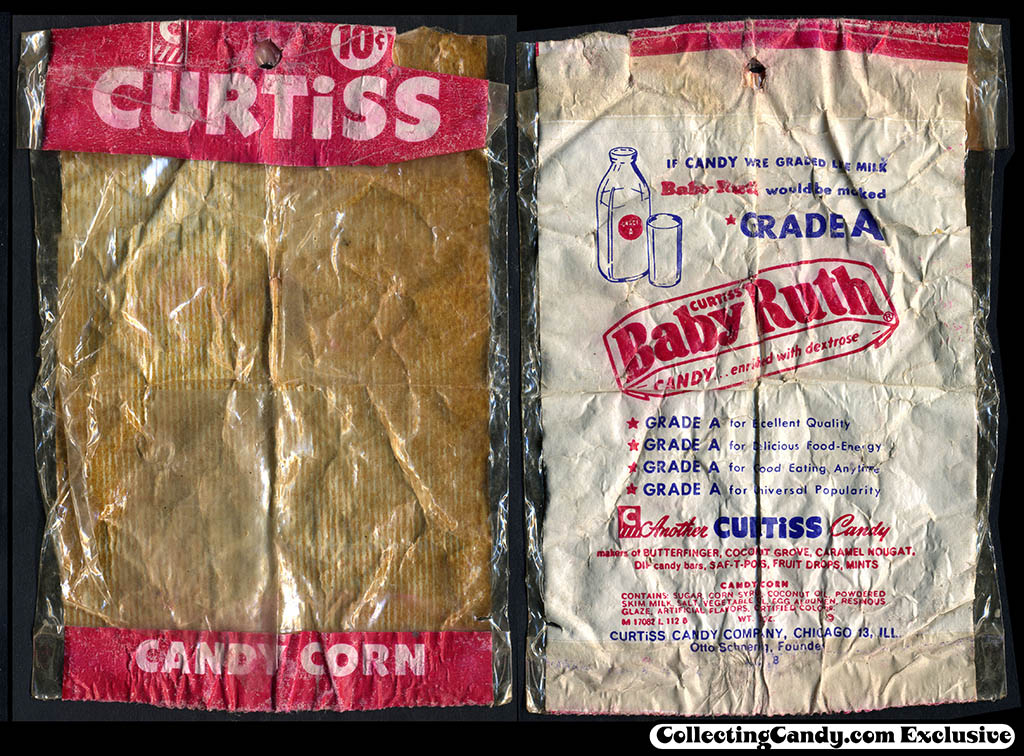 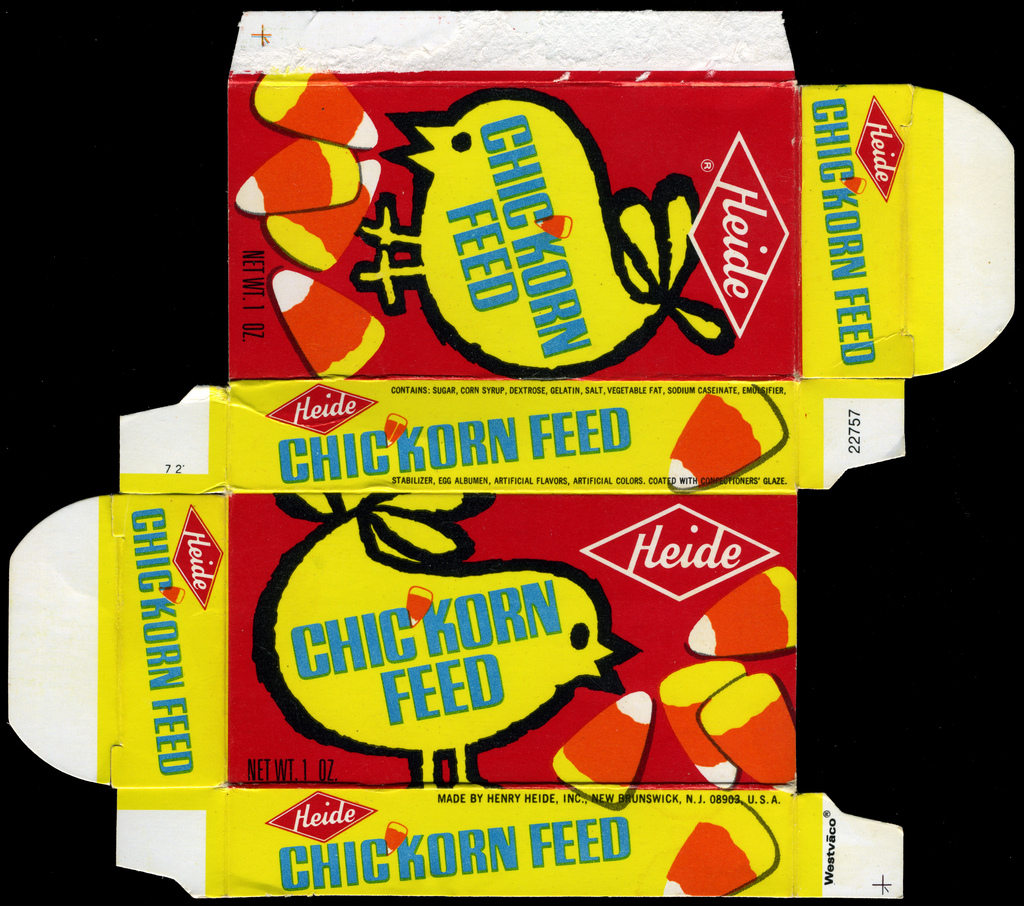 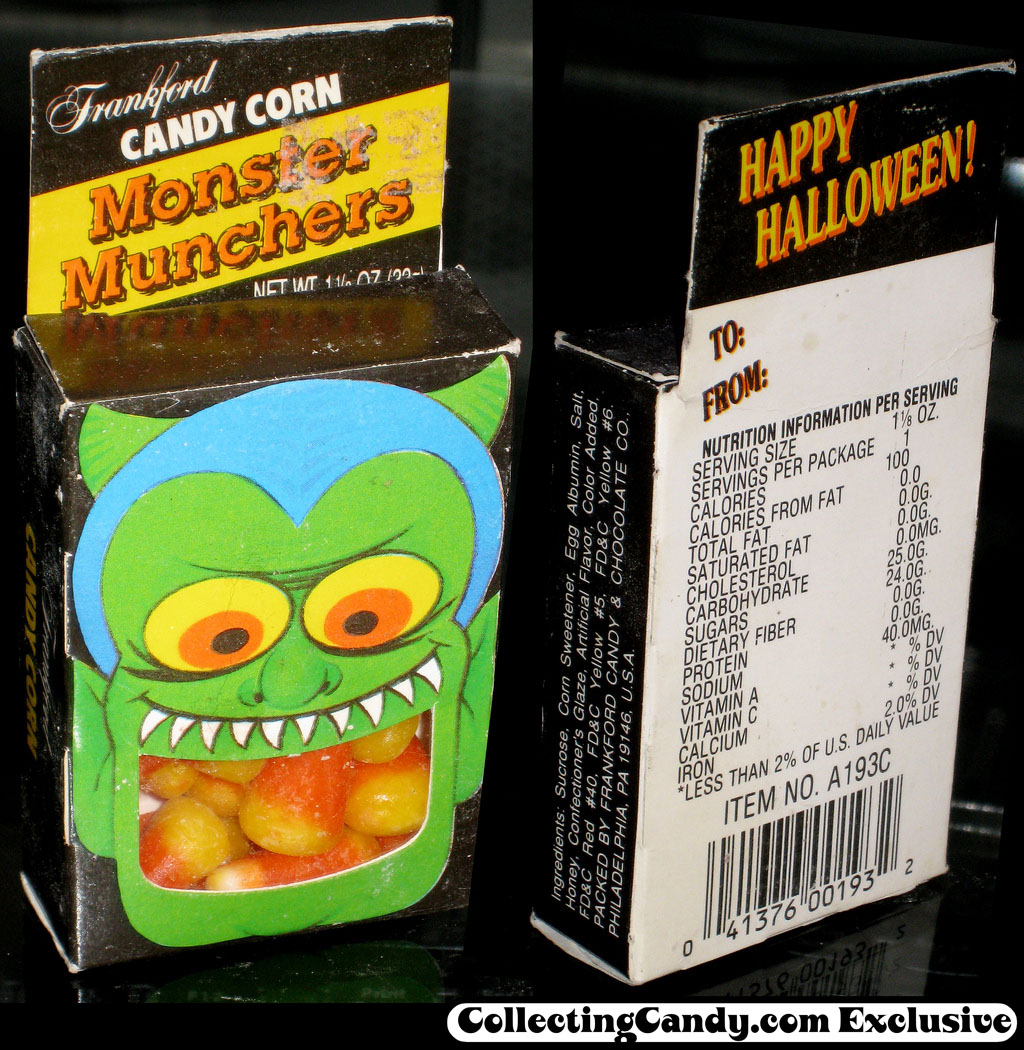 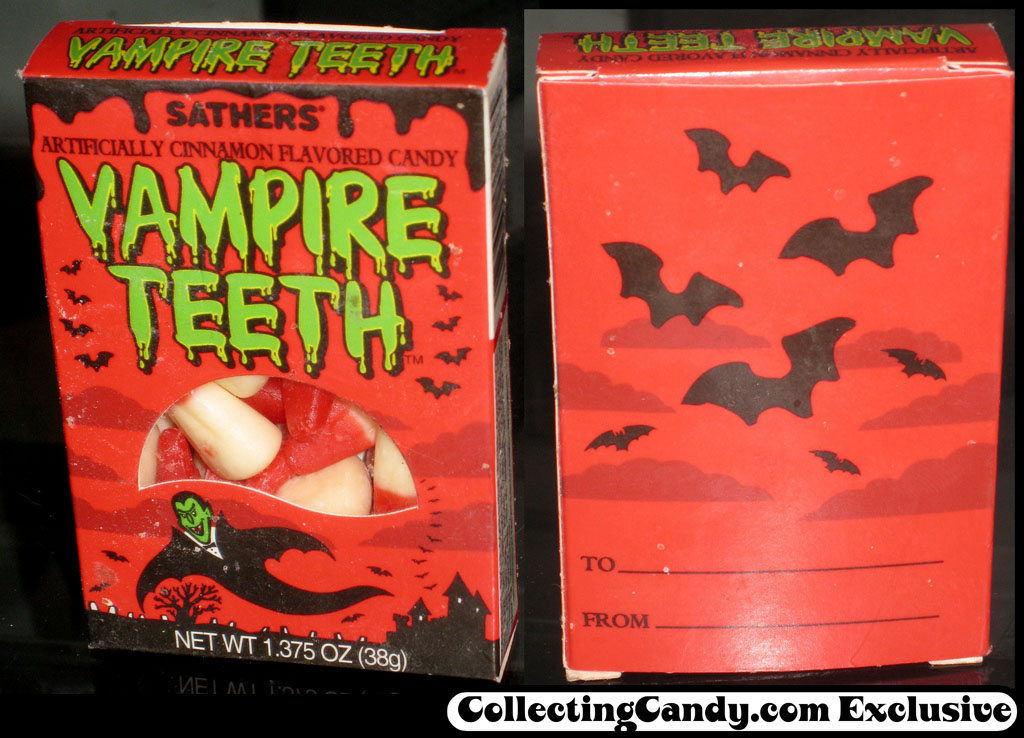 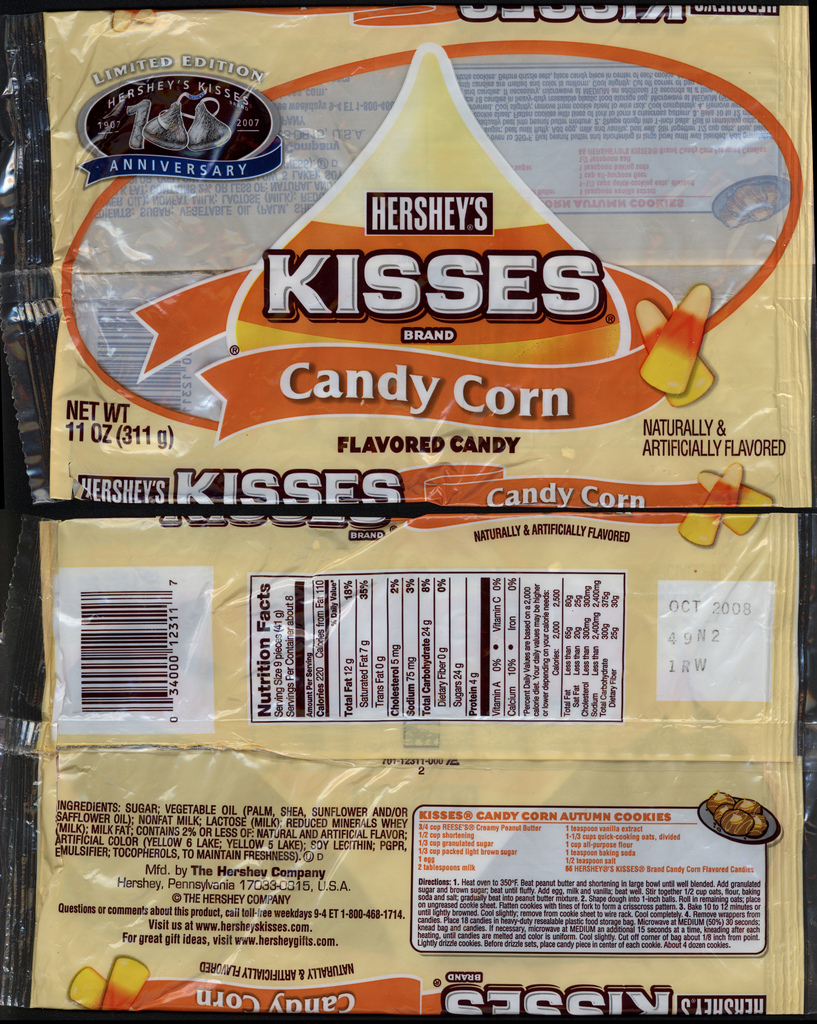 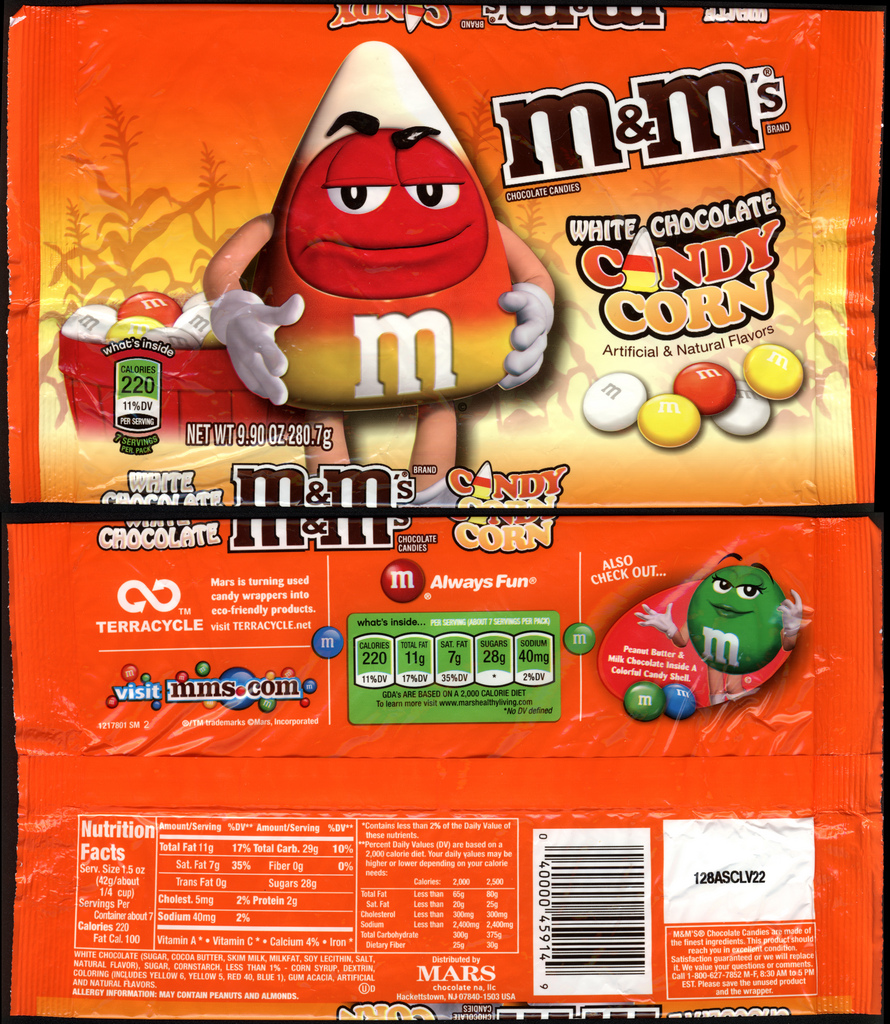 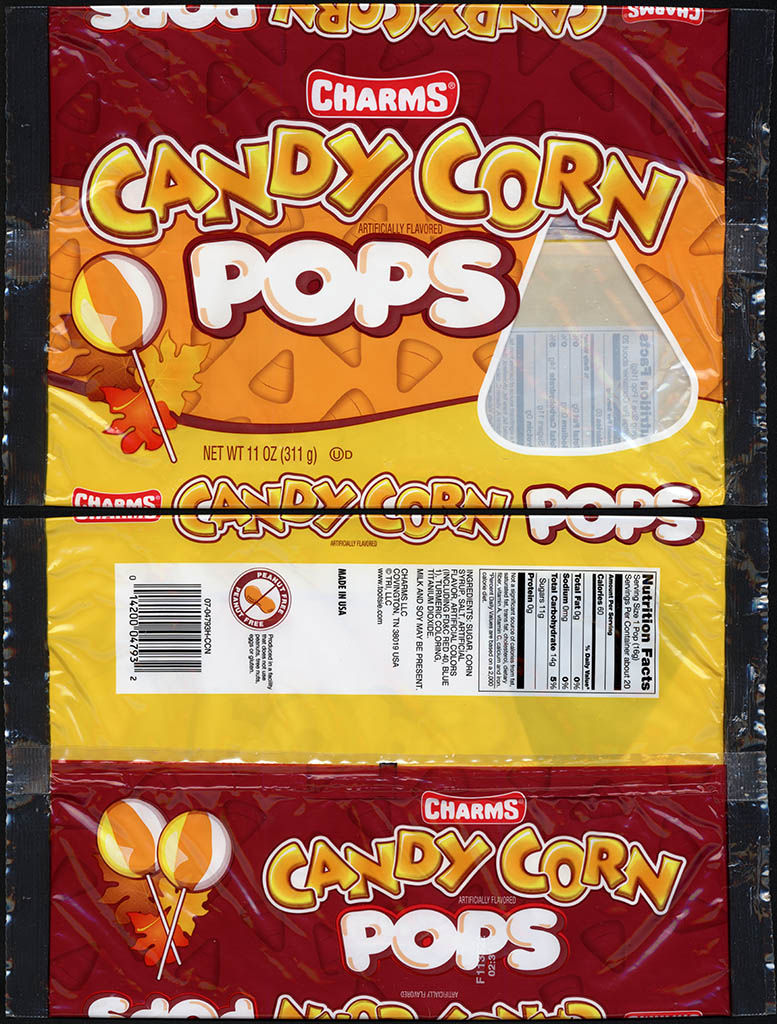 And with those candy corn flavor-coated pretzels, we conclude our special Candy Corn Day coverage.  I hope you enjoyed our look at this treat that has become an icon of the Halloween holiday.

Oh wait, one last little humorous bit from our friends over at Nerdist – a message about organic candy corn:

A New York City based writer, editor and sometimes actor. After spending much of the 1990′s in the comic book business helping tell the stories of Marvel Comics’ X-Men as series editor, he has since split his time between developing his own entertainment properties while still consulting and working on others. Having been described as “the Indiana Jones of lost and forgotten candy”, Jason is one of the country’s premier candy collectors and historians with his discoveries appearing in countless blogs, magazines, newspaper articles, and books. Always happy to share his knowledge and unique perspectives on this colorful part of our popular culture, Jason has consulted with New York’s Museum of Food and Drink and has also been a featured guest on Food Network’s Heavyweights, France’s M6 Capital, and New York’s TheActionRoom.com. My Google Profile+
View all posts by Jason Liebig →
This entry was posted in 1950's, 1960's, 1970's, 1980's, 1990's, Boxed, CountdownToHalloween, Halloween, Holiday and tagged 1950's, 1960's, 1970's, 1980's, candy collecting, candy collection, candy collector, candy corn, candy wrapper collection, candy wrapper collector, collectible, collecting candy, confectionery, confections, Halloween, holiday, packaging, sweets, vintage candy wrapper, wrapper. Bookmark the permalink.