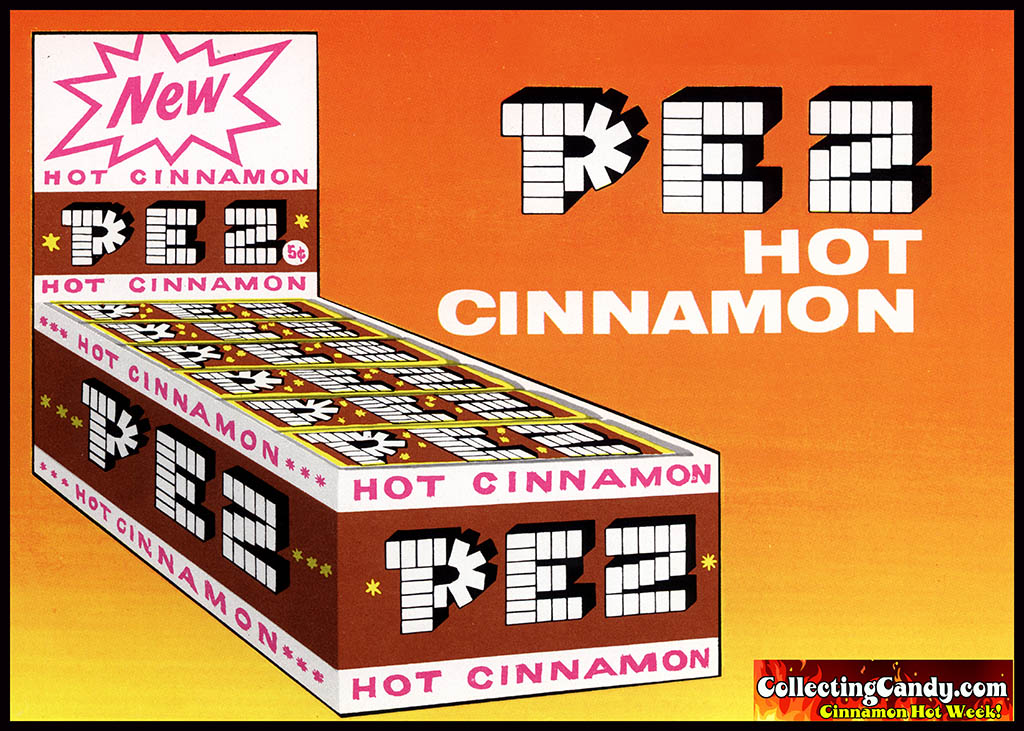 Our first Cinnamon Hot Week posting is a wild one as it features a cinnamon hot flavor of a candy I never would have expected and had never heard of until recently:  Hot Cinnamon Pez!

Yes, although they might be best known for flavors like orange, cherry, grape, lemon and raspberry (and even cola and chocolate), back in the early 1960’s PEZ produced a hot cinnamon flavor I certainly would have loved!

I have a nifty vintage sales flyer announcing the flavor to the candy trade:

I suppose it’s a bit self-explanatory as to how their Hot Cinnamon flavor might have tasted, though I still wonder how it would have played out with the texture of a PEZ candy.

Beyond that slick sales flyer I also have a super-cool piece to share – an actual Hot Cinnamon Pez candy wrapper!   Check it out: 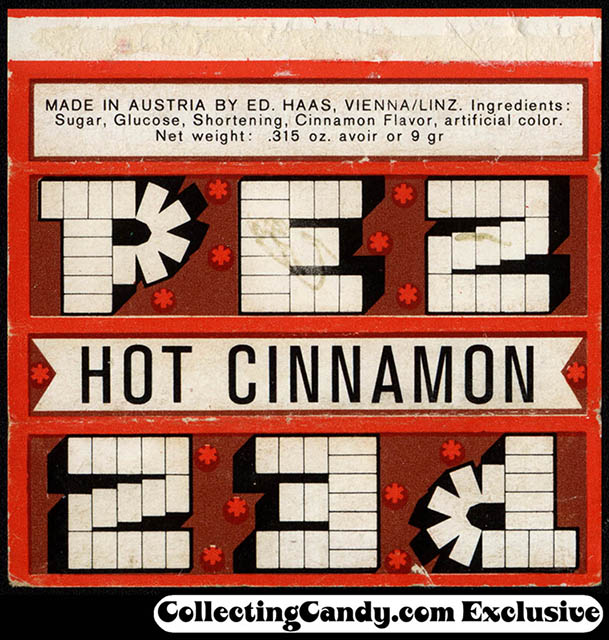 Having been produced and sold in the 1960’s, Hot Cinnamon Pez was a bit before my time, but if it had lasted a little longer and had I had the chance to try it, I wonder if I’d have been clever enough to pair it with a groovy 1970’s Fireman Pez dispenser? 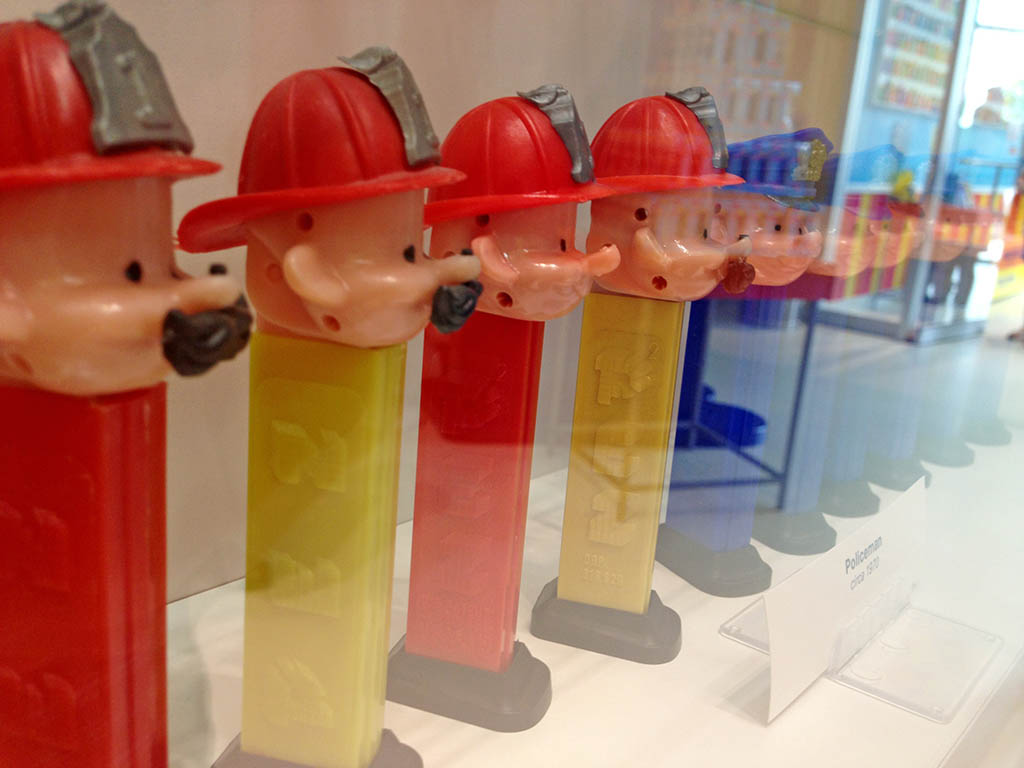 The last couple of decades PEZ has paid a good deal of attention to the many collectors that love their products.  Through that attention they’ve produced some Pez dispensers I never would have guessed they’d ever make.  I wonder if they’d ever extend that thinking to bringing back a forgotten Pez candy flavor like Hot Cinnamon?

If they were to bring back Hot Cinnamon Pez candy, I’d suggest that they also put this laughing devil dispenser into production [Note: This is an unproduced prototype that I photographed while it was on display at the PEZ Visitor’s Center in Orange, CT.] 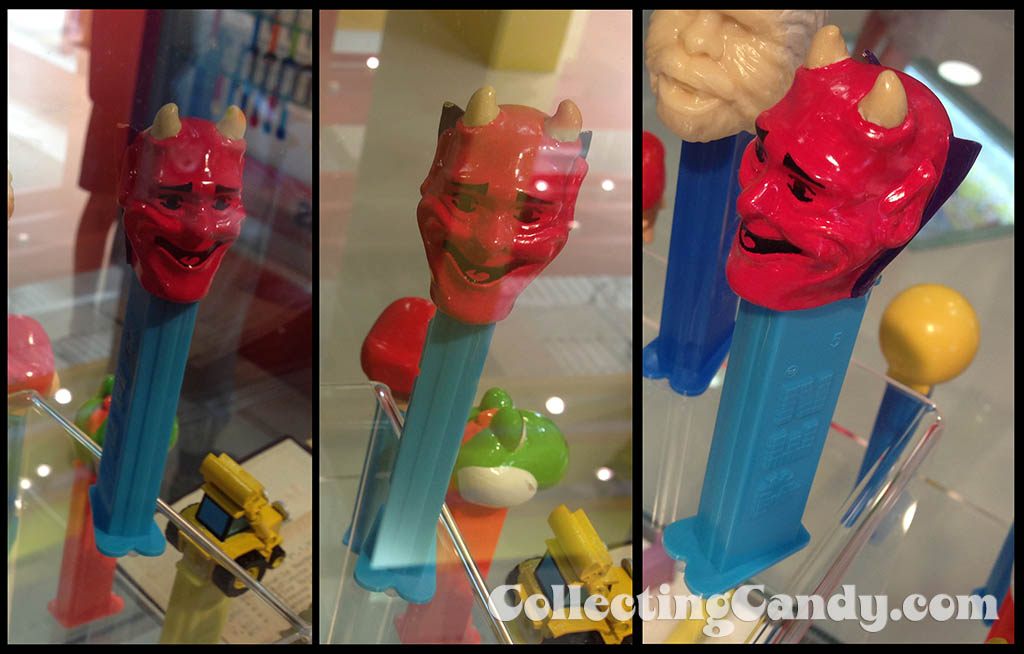 And that’s everything for today and our coverage of a forgotten Pez flavor – Hot Cinnamon.  Drop by tomorrow for day two of our Cinnamon Hot Week.  See you next time!

A New York City based writer, editor and sometimes actor. After spending much of the 1990′s in the comic book business helping tell the stories of Marvel Comics’ X-Men as series editor, he has since split his time between developing his own entertainment properties while still consulting and working on others. Having been described as “the Indiana Jones of lost and forgotten candy”, Jason is one of the country’s premier candy collectors and historians with his discoveries appearing in countless blogs, magazines, newspaper articles, and books. Always happy to share his knowledge and unique perspectives on this colorful part of our popular culture, Jason has consulted with New York’s Museum of Food and Drink and has also been a featured guest on Food Network’s Heavyweights, France’s M6 Capital, and New York’s TheActionRoom.com. My Google Profile+
View all posts by Jason Liebig →
This entry was posted in 1960's and tagged 1960's, 1960's candy, 60's candy, candy collecting, candy collection, candy collector, candy wrapper collection, candy wrapper collector, cinnamon, collectible, collecting candy, confectionery, confections, devil, dispenser, hot, packaging, PEZ, sweets, vintage candy wrapper, wrapper. Bookmark the permalink.