During a recent candy hunt to a dollar store, I came across a box for “Original Snaps”, a classic treat from the American Licorice Company.  I realized that this was the same company that had been making Snaps for decades and I thought a post that looked back at vintage box from my collection would be fun.

American Licorice Company is probably best-known for their classic Red Vines licorice, though today you’re as likely to identify them with their successful Sour Punch brand.

Snaps were first introduced in the 1930’s and they’ve managed to stand the test of time as evidenced by their continued availability nearly a century later.

Unfortunately I don’t have a detailed timeline of vintage packaging to share with regard to Snaps, so today it’s just a flashback to the 1970’s box in my collection contrasted with the package I recently picked up. 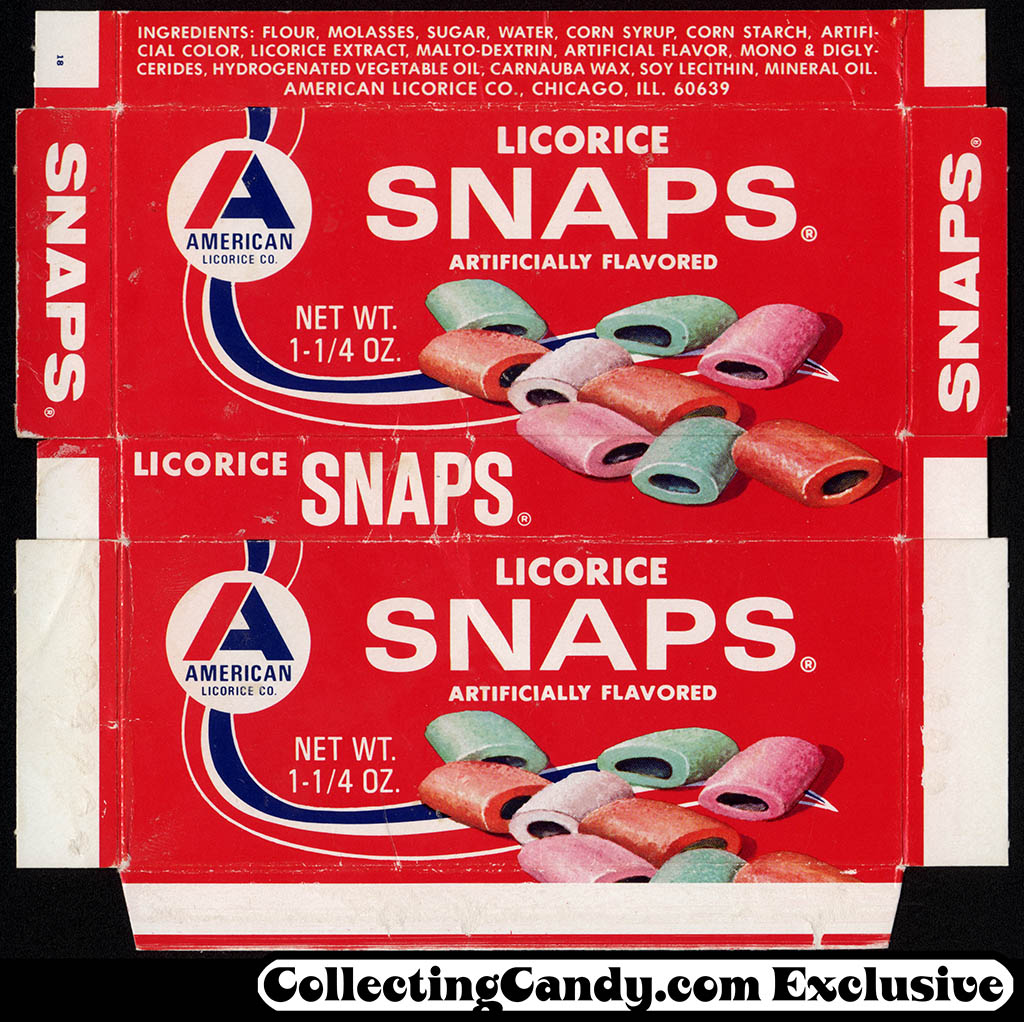 In the process of looking for other Snaps material I did manage to find a 1977 trade ad in my archives featuring this same style of Snaps box along with a few other tasty American Licorice offerings: 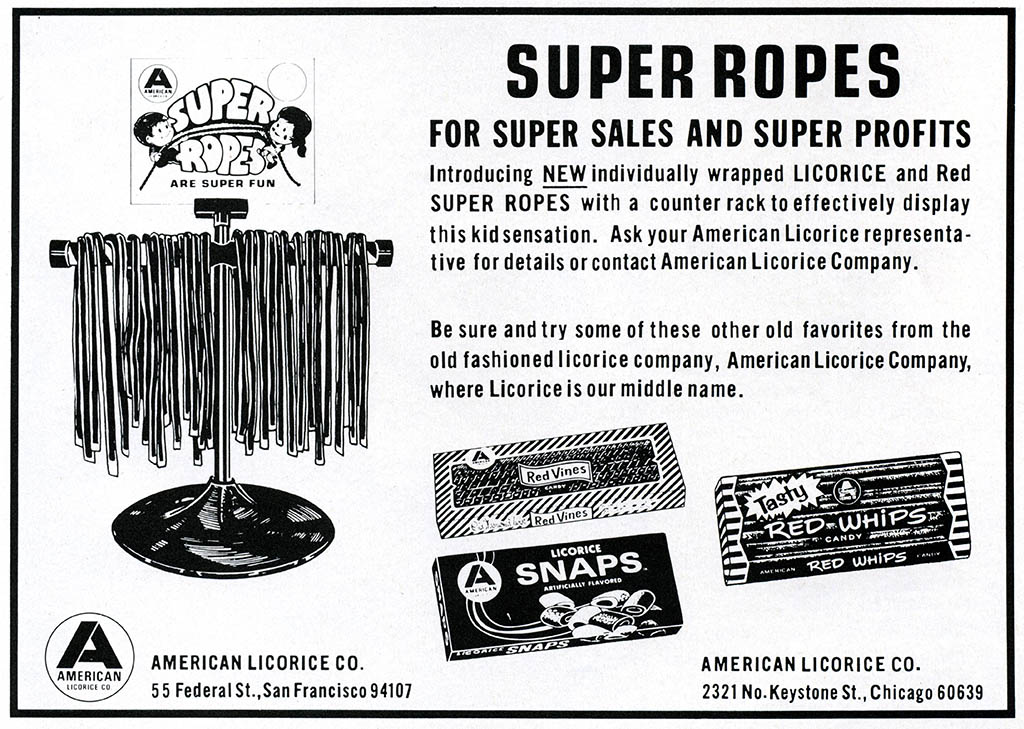 And that’s everything for this fun 70’s Flashback.  See you next time!

A New York City based writer, editor and sometimes actor. After spending much of the 1990′s in the comic book business helping tell the stories of Marvel Comics’ X-Men as series editor, he has since split his time between developing his own entertainment properties while still consulting and working on others. Having been described as “the Indiana Jones of lost and forgotten candy”, Jason is one of the country’s premier candy collectors and historians with his discoveries appearing in countless blogs, magazines, newspaper articles, and books. Always happy to share his knowledge and unique perspectives on this colorful part of our popular culture, Jason has consulted with New York’s Museum of Food and Drink and has also been a featured guest on Food Network’s Heavyweights, France’s M6 Capital, and New York’s TheActionRoom.com. My Google Profile+
View all posts by Jason Liebig →
This entry was posted in 1970's, Boxed and tagged 1970's candy, 70's candy, candy collecting, candy collection, candy collector, candy wrapper collection, candy wrapper collector, collectible, collecting candy, confectionery, confections, licorice, packaging, sweets, vintage candy wrapper, wrapper. Bookmark the permalink.