Owyhee is a company name that you probably aren’t familiar with.  Even so, you might know their best-known but oddly-named treat, the Idaho Spud.

Having created much more than just their famous Spud, Owyhee have been producing one particular delicious treat for over three decades; the aptly-named Old Faithful.

Owyhee’s Old Faithful tended to be a regional treat over the years and these days is one that, outside of the Idaho area, you’re most likely to find at a candy specialty store.

I have one vintage example of an Old Faithful wrapper in my collection that dates back to the early 1980’s.  Here it is: 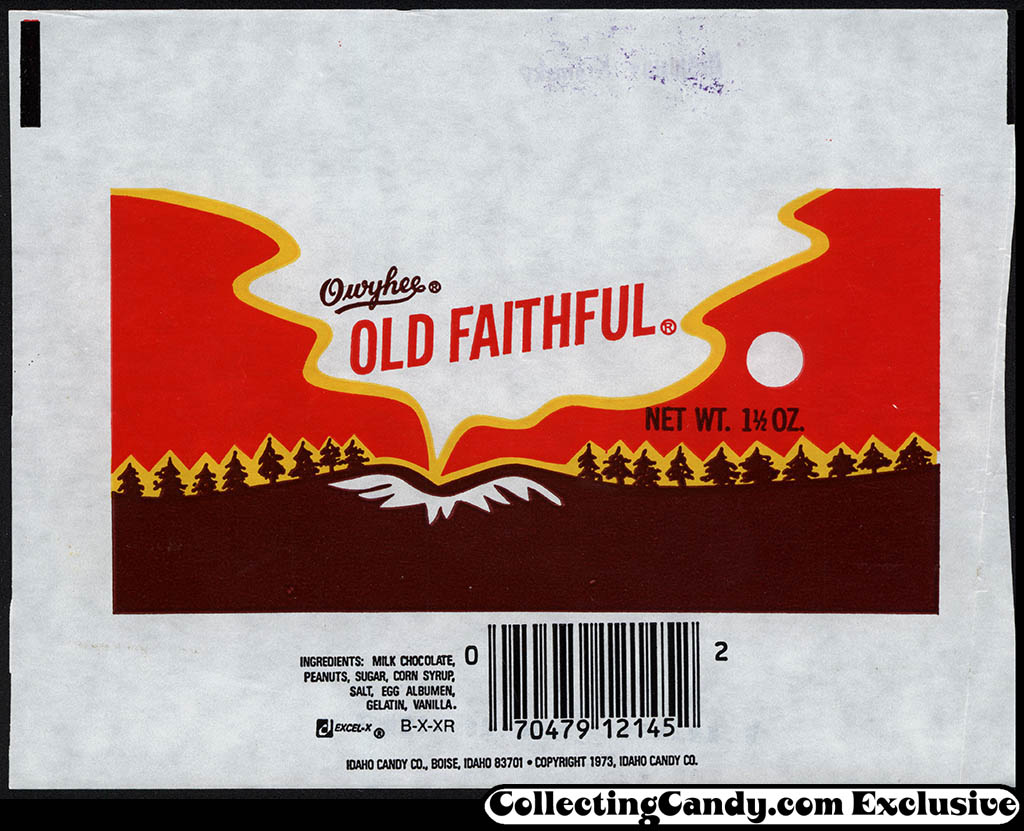 During a recent visit to Nebraska I was able to pick up a current Old Faithful at Omaha’s Hollywood Candy store.  Old Faithful bars are still produced by the Idaho Candy Company, but I did notice that the Owyhee name is no longer included on packages.  Here’s how the wrappers look now: 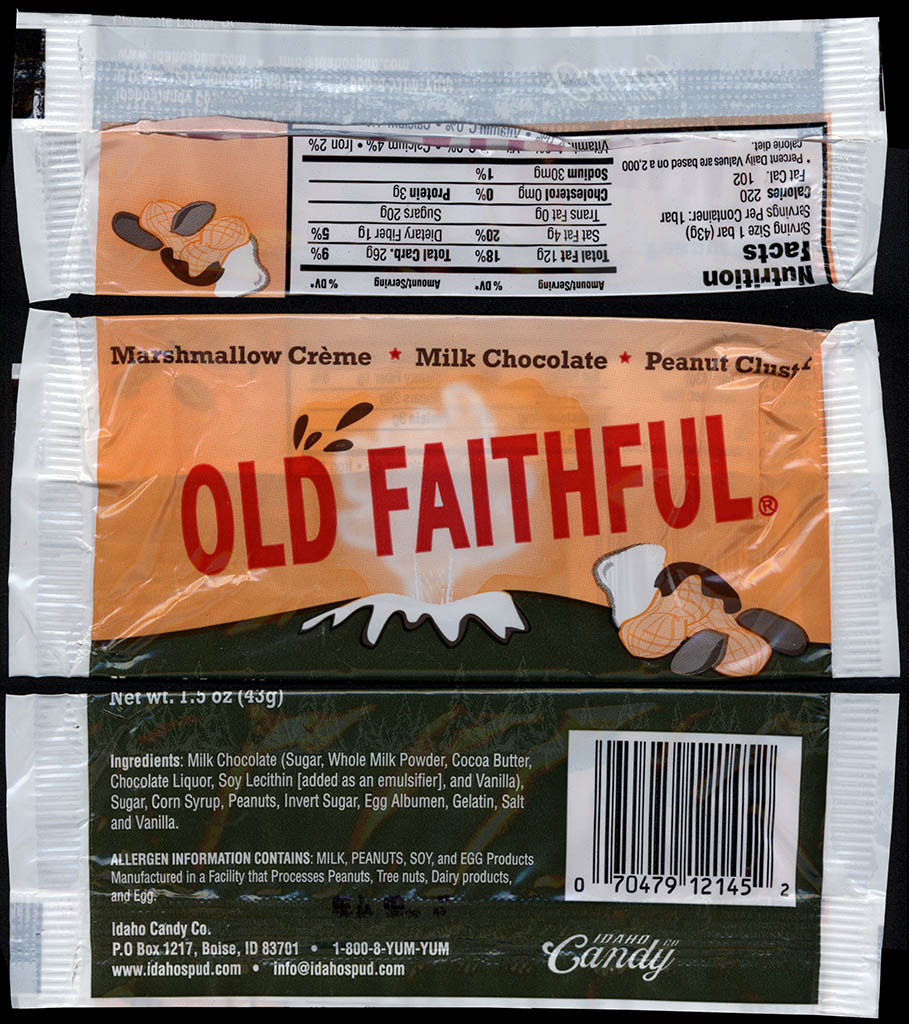 I’d never had an Old Faithful before and I gotta say it was quite delicious!  I’ll certainly be picking a couple up again the next time I see them.

And that’s everything for this Old Faithful Friday.

A New York City based writer, editor and sometimes actor. After spending much of the 1990′s in the comic book business helping tell the stories of Marvel Comics’ X-Men as series editor, he has since split his time between developing his own entertainment properties while still consulting and working on others. Having been described as “the Indiana Jones of lost and forgotten candy”, Jason is one of the country’s premier candy collectors and historians with his discoveries appearing in countless blogs, magazines, newspaper articles, and books. Always happy to share his knowledge and unique perspectives on this colorful part of our popular culture, Jason has consulted with New York’s Museum of Food and Drink and has also been a featured guest on Food Network’s Heavyweights, France’s M6 Capital, and New York’s TheActionRoom.com. My Google Profile+
View all posts by Jason Liebig →
This entry was posted in 1980's, Chocolate and tagged candy collecting, candy collection, candy collector, candy wrapper collection, candy wrapper collector, collectible, collecting candy, confectionery, confections, Idaho, Idaho Spud, Old Faithful, Owyhee, packaging, sweets, vintage candy wrapper, wrapper. Bookmark the permalink.