As a candy collector people often ask me what that means, exactly?  Do I collect the physical candy as well as the packages? Do I collect all candy-related ephemera?  My answer is that I mainly focus on actual candy packaging – that being the wrappers and the boxes.

But I do like certain kinds of food tie-ins like cereal boxes that contain candy and while at the grocery store recently I came across these neat Lunchables that each contain a fun-size offering of branded sweets.  They struck me as fun and unusual, so they made the cut.

Produced by Kraft Foods, it’s interesting to note that the candy offerings contained within these are each produced by Hershey, Mars, and Nestle respectively – none of which are Kraft subsidiaries.  Ironically Kraft does own Cadbury, which is not represented here.

These four Lunchables assortments with candy are the only ones that I could find, so for now I’m assuming that this is the full range that they offer. 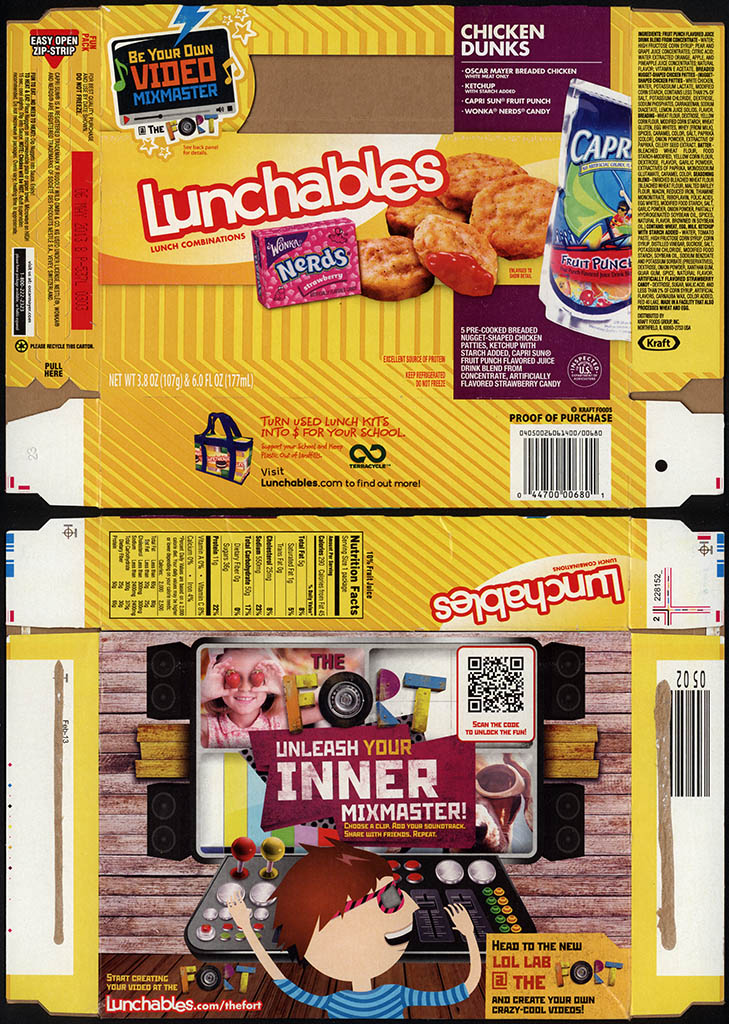 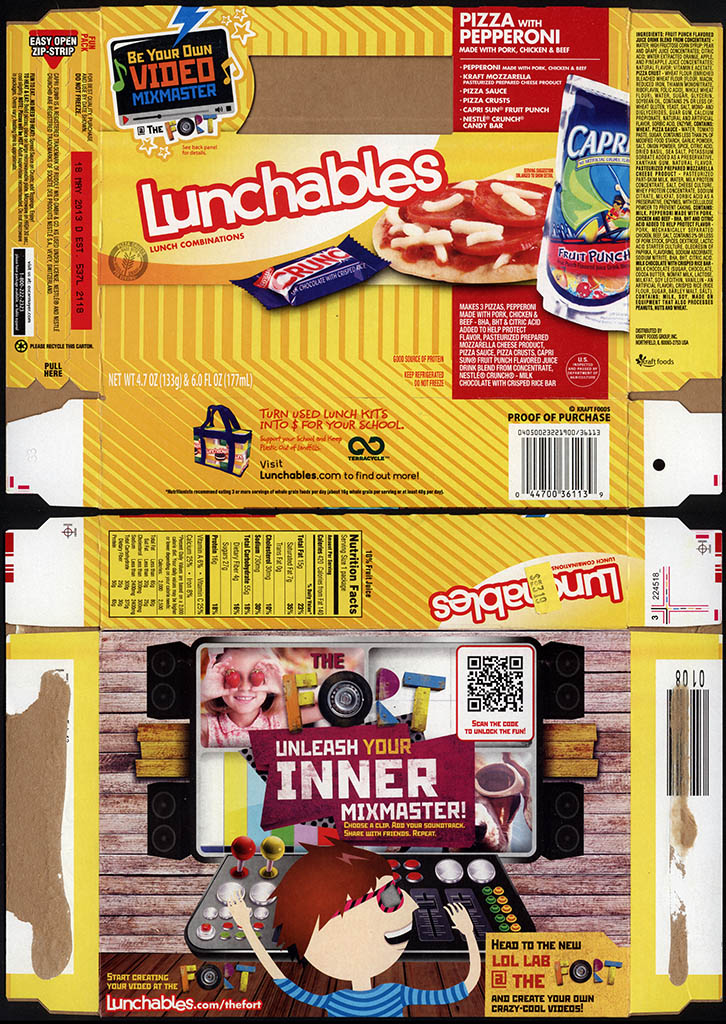 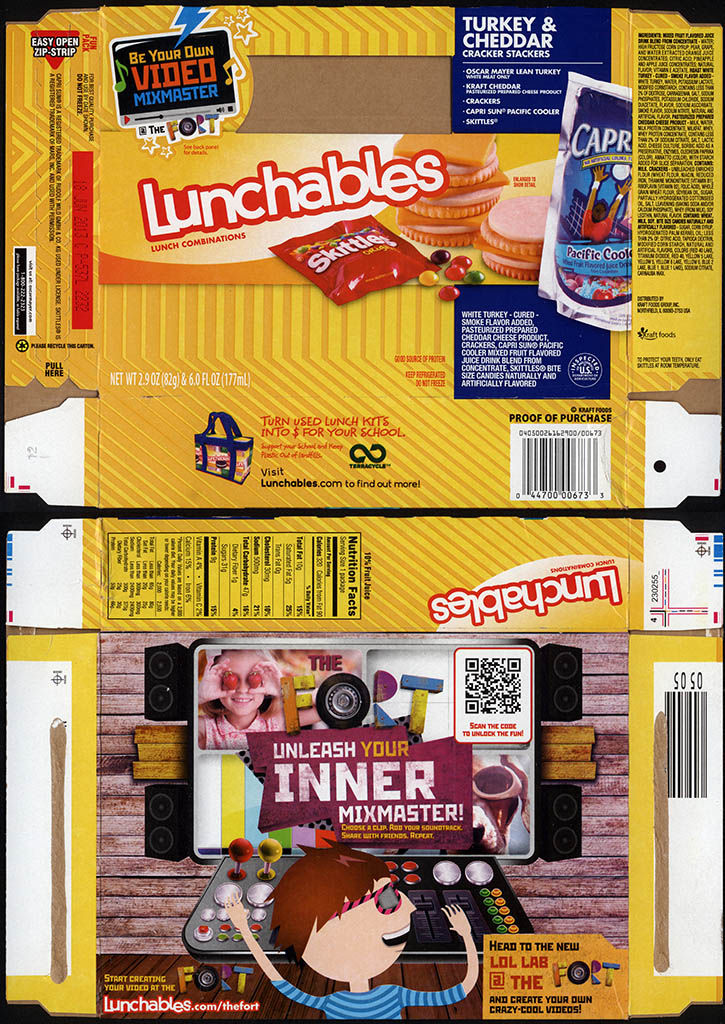 That’s all four of ’em.  And that’s everything for today’s entry.

If anyone ever sees an oddball candy tie-in that you think I might like, snap a photo and drop me a line – I’d love to see and hear about it.

A New York City based writer, editor and sometimes actor. After spending much of the 1990′s in the comic book business helping tell the stories of Marvel Comics’ X-Men as series editor, he has since split his time between developing his own entertainment properties while still consulting and working on others. Having been described as “the Indiana Jones of lost and forgotten candy”, Jason is one of the country’s premier candy collectors and historians with his discoveries appearing in countless blogs, magazines, newspaper articles, and books. Always happy to share his knowledge and unique perspectives on this colorful part of our popular culture, Jason has consulted with New York’s Museum of Food and Drink and has also been a featured guest on Food Network’s Heavyweights, France’s M6 Capital, and New York’s TheActionRoom.com. My Google Profile+
View all posts by Jason Liebig →
This entry was posted in Chocolate, Hershey, Nestle, Wonka and tagged candy collecting, candy collection, candy collector, candy wrapper collection, candy wrapper collector, collectible, collecting candy, confectionery, confections, food packaging, packaging, sweets, vintage candy wrapper, wrapper. Bookmark the permalink.

3 Responses to Lunchables with Candy!